Students of the Year

Congratulations to Fraser High School's Students of the Year!

Natalie had a dynamic high school career! Her leadership is evident in every ensemble in which she is a member. Natalie is the section leader of the alto saxophone section in the top-performing ensemble, Symphony Band, in which she participated for the past two years of high school, and she is the lead alto sax in the Jazz band, in which she is also a two-year member. She has been a 4-year member of the marching band and served as the junior and senior drum major for the past two years. Natalie is highly proficient on the alto saxophone and is a dynamic musician and soloist in the Jazz ensemble, and also doubles on a secondary instrument, the soprano saxophone, in the Jazz band, small ensembles, and the FHS Saxophone ensemble. Natalie has competed in the MSBOA District and State Solo & Ensemble Festivals as a soloist, a member of a saxophone quartet, and a member of the FHS Saxophone Chamber Ensemble, consistently earning Superior ratings. Natalie provided private lessons to young saxophone students, participated in two years of Piano Studies with Mrs. Karen Hagerty, and performed in the Pit Orchestra for the FHS theatre production of Cinderella. She is also a member of the Fraser Singers, the top-performing choral ensemble at Fraser High School, and a member of the Tri-M Music Honor Society.

This outstanding young person is highly musical, as well as dedicated and motivated to achieving the highest level of musicianship. Throughout his high
school career, he has been highly involved and made tremendous contributions to the performing arts program through the sharing of his talent, leadership, and musicianship. Cameron is the son of Autumn Cline and came to Fraser from Arizona when he was in the 3rd grade where attended Emerson Elementary. Cameron has had a long music career while in Fraser Public Schools being a member of the Fraser Youth Choir in elementary school, a member of the middle school band & choir, and RMS Show Choir. He was a member of the Fraser High School Marching Band his freshman year when he was awarded Most
Improved Marcher.

On stage, Cameron has been involved in many of our summer theater productions including Lion King Jr. and Beauty and the Beast Jr. and was a camp
counselor/student leader for the summer theater camp production of Peter Pan Jr. While in high school Cam has been in Footloose, Oliver!, Seussical, The Musical, and Little Shop of Horrors. Currently, Cam is in his 4th year as a Fraser Singer and is a member of the Fraser
A Capella choir.

Cameron plans on perusing another passion of his after high school, the Visual Arts. It has been my absolute pleasure and honor to watch Cam grow over the years and become the fine young man he is today.

Emily Marlowe - Family and Consumer Science Student of the Year

Emily has attended Fraser Public Schools for seven years. She is involved in the Student Council, Link Crew, President of National Technical Honor Society, National Honor Society, and Skills USA. She plans to attend Michigan State University to obtain a Bachelors in Special Education with a minor in psychology after graduation.

Emily has been a strong contributor in all her classes. For example, in her future teacher course, she is very inquisitive and is actively involved in course discussions. She has even made excellent suggestions to further enhance the opportunities provided to students in relation to the curriculum. She recently competed in SKILLS USA and won GOLD for t-shirt design and presentation.

Emily is very organized and knows how to successfully plan for, and execute meetings even in a virtual setting. She works well with others and ensures that everyone has opportunities to contribute in group settings.

Emily is kind, happy, inclusive, responsible, a hard worker, athletic, well-liked by her peers and her leadership qualities make her an absolute pleasure
to have in class.  She does well with everything athletic and also provides a safe space/support for those around her who do not.

She has taken PE A and B, Advanced Basketball & Fitness & Creative Movement as well as 9th-10th Basketball, 9th-12th Cross Country, 9th-12th Track and 9th-12th HOSA.  She is interested in becoming a dental hygenist.

Abby has been at FHS for all four years and has worked her way through the Art Department in every class. She is planning on taking her skills and talents to the College For Creative Studies next year as she pursuits a career in Art Design and Photography.

Abby is a dedicated artist always trying to push herself to new things with different mediums and styles.  She is willing to not only push herself but by example those around her.

This year Abby's goal was to complete artwork for the Scholastics Art Competition as well as college entry. She submitted 6 pieces in photography and mixed media. We are still waiting to hear the results of Scholastics but in January Abby heard that she had been accepted to CCS and awarded a scholarship that starts at $70,000. 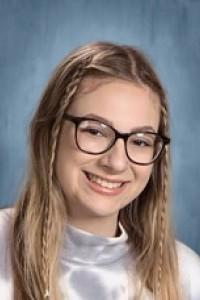 Mackenzie’s high academic ability to read critically and reflect on her learning through writing and discussion has added to her opportunities for growth in her English classes as well as other content areas at Fraser High School. Her skills in writing are beyond her years, and she connects what she learns to larger contexts that will help her outside of high school.

Mackenzie is an amazing student. As a sophomore, she stood out in her Journalism 1 class and took the initiative to add Journalism 2 for the second semester and not wait for the next year. She contributed outstanding work for the school paper and was awarded by Michigan Interscholastic Press Association, out of Michigan State University, for her work. In her Junior year, she shifted her focus to yearbook and was the assistant editor. She was the driving force behind the success of the book in the very challenging 2020 year. She has taken on the role of Editor-in-Chief for yet another extremely challenging year to make a yearbook. She is leading and working extraordinarily hard to make sure the 2021 book is as special as this year. Mackenzie has also taken on the role of President of the Quill & Scroll Journalism Honor Society. With remote learning for the majority of the year so far, it is a challenge to get a club to function. She is leading and encouraging her fellow student journalists to get involved and excel even during difficult days. 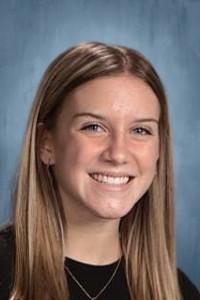 Lindsey shows great pride in her work. Her contribution lies in the example she sets for others as a student, teammate, and friend.  During the past four years, Lindsey has been a member of Peer to Peer and the Varsity Tennis team. She is a recent nominee for the Daughters of the American Revolution award and is studying to be an  Ultrasound Technician and Macomb Community College. Lindsey takes the lead in group discussions and helps contribute to the learning for all students. She has always set a high standard for her work both in effort and presentation. She is a model student. 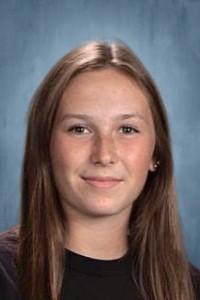 Cassidy has been a student of Fraser Public Schools since kindergarten where she attended Eisenhower (K-4) and Emerson (5-6). She has been a straight "A" student since 7th grade. Cassidy has completed 11 semesters of Industrial Technology classes and a total of 14 classes within the CTE Department. She is a three-year varsity volleyball player and was a Captain of the team this year. When she is not playing for FHS, Cassidy lends her talents to Crankit Volleyball Club. Cassidy is currently being recruited to play volleyball at several colleges where she plans on majoring in engineering. Cassidy is also a member of FHS'sFIRST Robotics team and will be our lead designer this year.

Cassidy is a student-athlete who has taken the student part very seriously. Throughout her high school career, she has taken six accelerated classes (12 semesters), two AP classes (English 11 and 12). She currently maintains a 4.045 GPA which ranks her in the top 10 of her class. Her work in class is impeccable. She thinks through her parts/designs so as to best develop/create them. She thinks in a very logical manner and can articulately describe what she is doing and why.

Engineering is one of the most male-dominated professions with women comprising about 14% of the workforce. Cassidy has the ability to break down barriers. She seems to thrive in this environment. 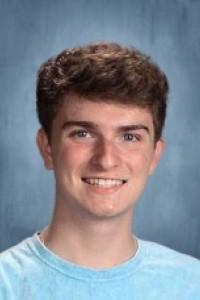 He has taken the following science courses:  Biology A/B, Accelerated Chemistry A/B, Accelerated Physics A/B, Advanced Placement Biology, Forensic Science, Crime Scene Science, Environmental Science, Medical Health Science.  John has taken and excelled in almost every class that is offered in the Science Department. He loves science and his love of science can be contagious with other students.

He plans on a  single major or double major in biology and health in society. He wants to go into governmental public health administration.